As a new volunteer at 13 Hands, I am so grateful for the opportunity to visit with so many different rescues. Also, simply put, I am in total awe of the people who take care of them. I think when I started coming, I hadn’t for a second stopped to think about what would be required of me — about the emotional resilience of the humans who do this work. I hadn’t considered that up until this point, I’d been surrounded only by horses who had had top-notch care their whole lives. I hadn’t considered that in rescue, I would have to face some difficult facts about the way many equine rescues had once been treated — and mistreated. And it had never occurred to me that in order to be a part of an organization which is so committed to saving horses’ lives and finding them homes, I would have to get comfortable with saying goodbye.

After the loss of my own (very old) horse, Ray, our nineteen years together behind me, I was pretty drained. When I arrived at 13 Hands with my new grooming tote and tools, I focused on learning to greet rescues in a herd — how to spot what kind of attention each one needs, including the ones who need time and space away from humans. In other words, I concentrated on how to say hello.

Before long, I had a routine which included some regulars. I’d stop by to say hello to Coach and Angel, who needed a few quiet moments of no contact before they’d let me sidle up to them, curry comb in my hand. I’d let Sprite come to me and greet her with a light touch on her neck, before running my hands up and down her back. And I’d call Dante and Dutch from across the field and marvel at how willingly they moved their giant bodies in my direction — just for some brushing.

When each of these regulars was adopted, I had to remind myself that this is the good kind of goodbye. This is — as weird as it sounds — the loss you hope to feel. 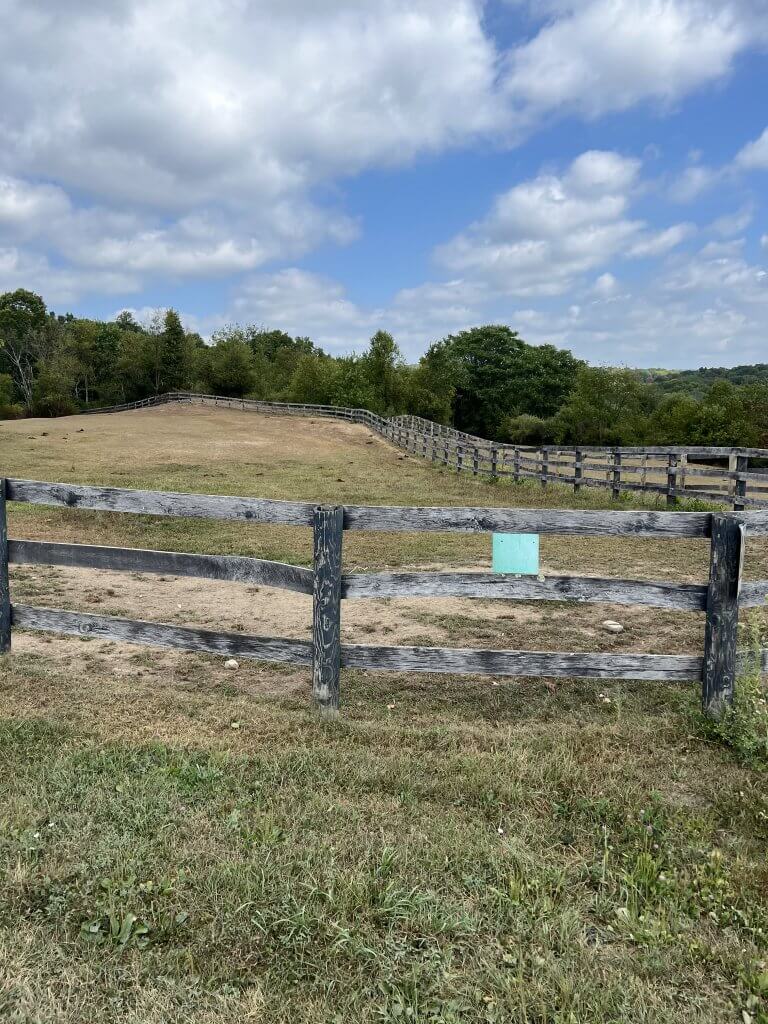 Today, I took a photo of an empty fence line where Dante and Dutch, now adopted, often stood flirting with the mares in the next field. For a moment, I felt sad — that familiar sting of loss. But in my relief — knowing they’d found a good home together — I turned around to face another paddock I’d visited numerous times before. And there was Stewie, a muscular draft cross who, until today, had always chosen to acknowledge me from a distance. Cautious, reserved, but suddenly braver than he’s been, Stewie moved toward the water trough where I was standing on the other side of the fence. After a long drink, he hung his giant head over the fence and softened his eyes, signaling that it was okay to connect. The goodbye I’d said to those two flirts — a good goodbye — had made room for another hello.

I’m excited to connect with Stewie again, to show him that saying hello is worth it. But I’m also hoping that eventually, I’ll feel the loss of him when he’s adopted, that I’ll get to say the good kind of goodbye he deserves. 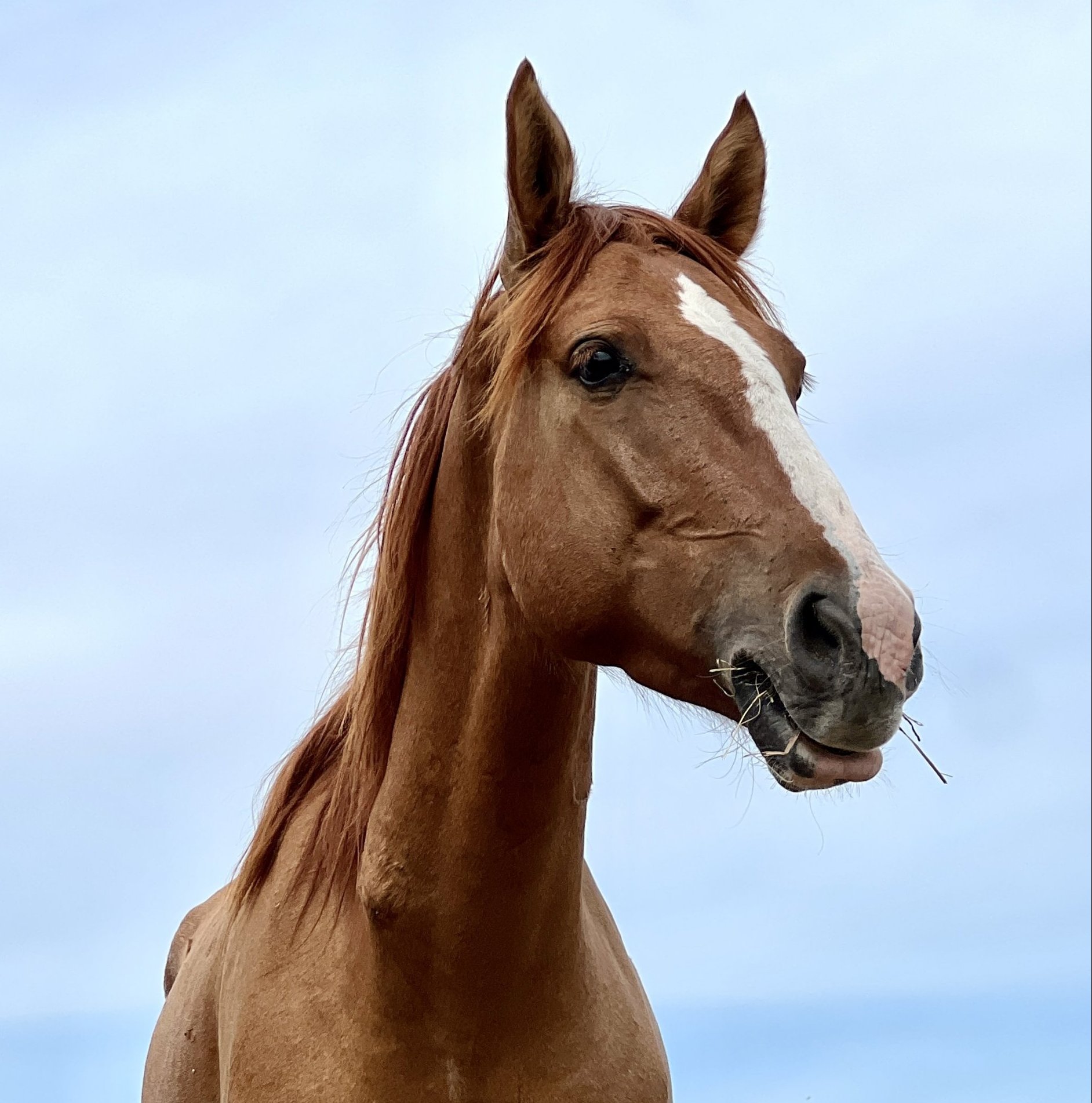